The financial workings of one of the most opaque regimes in the world could be about to be subjected to unprecedented scrutiny, after it was decided the son of the dictator of Equatorial Guinea should face trial for corruption in France.

President Obiang describes his regime’s management of Equatorial Guinea’s vast oil revenues as a “state secret” and in the past two years the country has been deemed too opaque to include on Transparency International’s global corruption index.

Yet the outside world could be about to get its first look into how the country’s elite siphon off public funds – through the finances of President Obiang’s son. 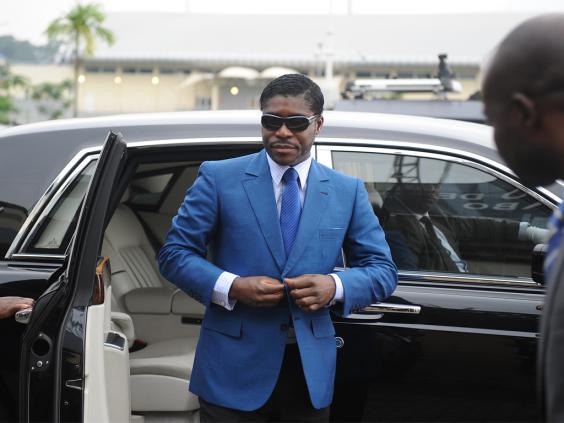 Teodorin Nguema Obiang has already had $71 million worth of his assets seized by the US, including a $30 million Malibu mansion, a $38.5 million Gulfstream jet, a Ferrari worth more than $500,000 and Michael Jackson memorabilia worth almost $2 million.

And the 47-year-old playboy prince, who was named his father’s Vice-President earlier this year, looks set to be tried by a Paris court on charges including corruption, money-laundering and embezzlement of public funds.

The court is yet to announce a date for the trial, but sources close to the investigation told the AFP news agency the hearing will go ahead.

The process began when a French judge launched a landmark investigation in May 2009 into whether President Obiang and two other African leaders used state money to buy luxury cars and homes in Paris and on the French Riviera. It became known as the case of “ill-gotten gains”.

Transparency International filed a complaint against the leaders, who denied any wrongdoing.

Lawyers for the Obiang family have repeatedly tried to scupper the proceedings, and achieved some success when a French court of appeal ruled activists couldn’t sue foreign heads of state.

But a subsequent ruling authorised the investigation, and in July 2012 they ordered the seizure of Mr Obiang’s vast Paris mansion, which featured gold-plated taps, a spa and an in-house nightclub, reportedly worth more than €100 million.

Other possessions, including a fleet of Feraris, Bugattis and other luxury cars and a clock which was alone worth €3 million, were also seized.

Despite its huge oil wealth and that of its ruling elite, Equatorial Guinea is also home to some of the most deprived communities in Africa. More than half the population lives beneath the poverty threshold.

President Obiang seized power of the country in 1979, overthrowing President Francisco Macias Nguema, a leader whose rule since independence saw the deaths of thousands. The former leader was tried and executed.

The accusations of cannibalism against the dictator stem from an interview with an exiled political opponent, Severo Moto, on Spanish radio in 2004.

In it, Moto said President Obiang was a demon who “systematically eats his political rivals”.

Making clear he wasn’t just speaking in metaphors, Moto said the ruler was “an authentic cannibal”.

“He has just devoured a police commissioner,” he is quoted as saying. “I say devoured as this commissioner was buried without his testicles and brain.”